The Catalan Choir, Orfeó Català, was founded in 1891 as a chorus society for the promotion of Catalan music. In 1904 the society purchased a plot of land on Carrer Sant Pere Més Alt, very close to the future Via Laietana, on which it would build a multi-purpose structure to accommodate a rehearsal hall, a large concert hall and offices. Domènech i Montaner received this commission at the peak of his professional career. The first stone was laid on 9 February 1905, and on 15 February 1908 the building was officially opened.

Erected on the corner of an irregular plot of land, the building had two façades looking on to the street. Domènech came up with an ingenious solution to create a symmetrical space for the great concert hall, with an inner courtyard that acted as a dividing wall thanks to which the two sides of the hall with stained-glass windows generated a game of equivalences on both façades. The space is covered by a huge skylight shaped as an inverted cupola that filters the natural light from above like a decorative lampshade. The fact that the concert hall is on the first floor, accessed through a highly decorated imperial staircase, liberated a space on the ground floor for the society’s offices. An ingenious metal structure stabilised by side buttresses is concealed inside the walls, columns and the area beneath the roof. The building is a fine example of the integration of the applied arts into an exquisite façade, forming a unified architectural ensemble. The stage in the assembly hall features art muses playing instruments. Sculpted in stone by Eusebi Arnau, their bodies seem to project from the walls, made in ceramic trencadís or pique assiette by Mario Maragliano. The spectacular proscenium arch sculpted by Pablo Gargallo is allegorical, symbolising popular music and the Orfeó Català on one side, and highbrow international music on the other. The façade is made of face brick and has numerous decorative elements made of stone and ceramic. The corner is emphasised by a huge sculptural ensemble on the first floor by Miquel Blay, with references to popular Catalan song and musical tradition, and is crowned by a cupola’d tower. The main façade is has a pediment in the gable with a splendid ceramic mosaic by Lluís Bru.

Although it was voted the best building of 1908 by Barcelona City Council, years later it fell from grace and received harsh criticism that even called for its demolition. In 1971 it was declared a National Monument, and in 1997 it became a UNESCO World Heritage Site. Several refurbishment projects between 1982 and 1990, and after 2000, replaced lost decorative elements. The demolition of St Francis of Paola church opened a new entrance, accompanied by a new attached structure and a small underground auditorium. Today the building is still used as a concert hall and is the headquarters of the Orfeó Català. 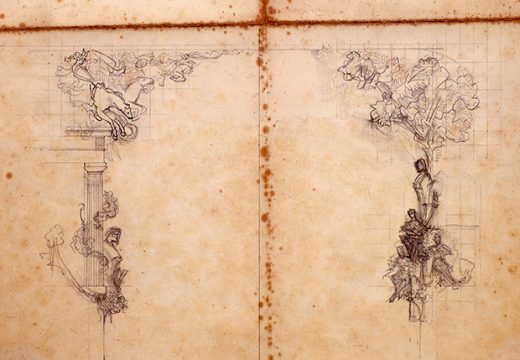 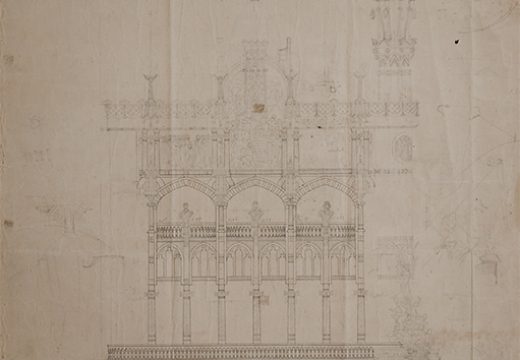 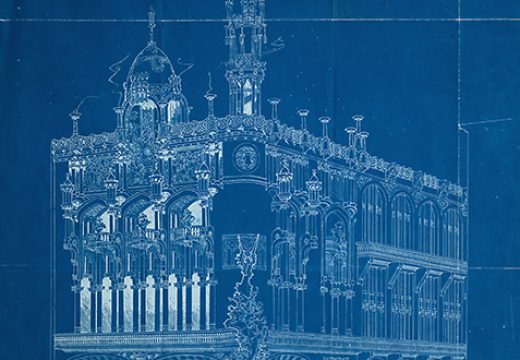 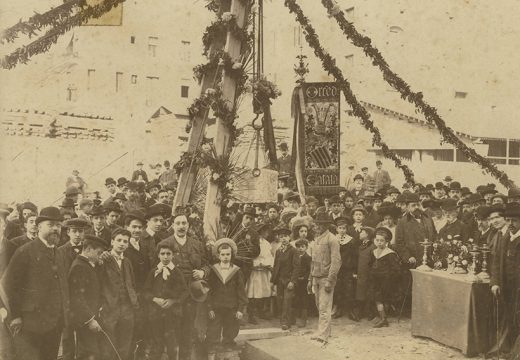 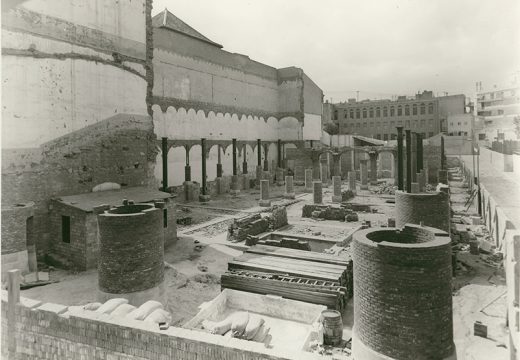 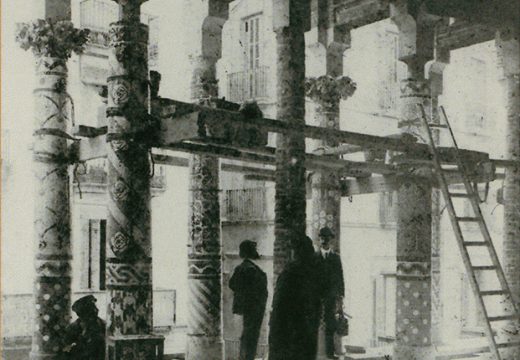 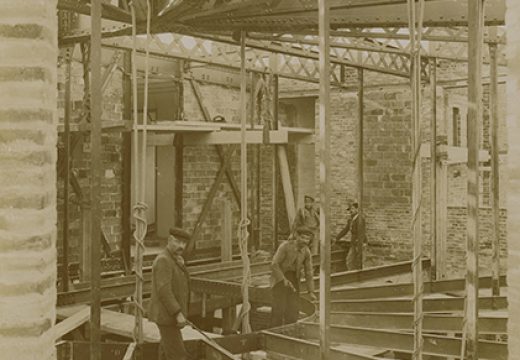 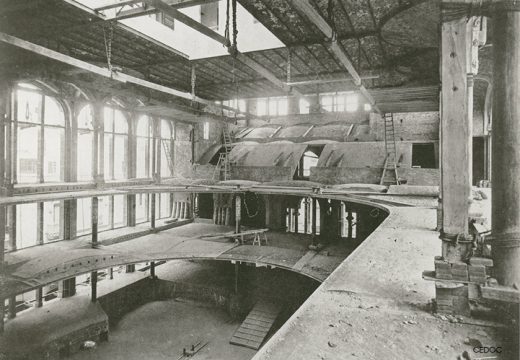 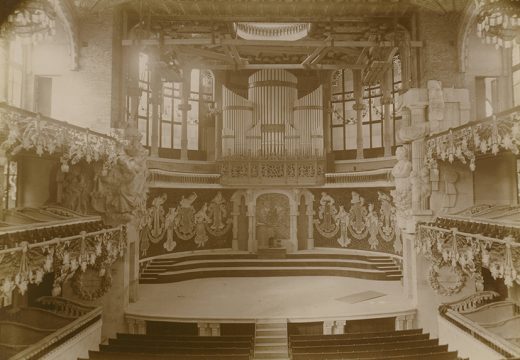 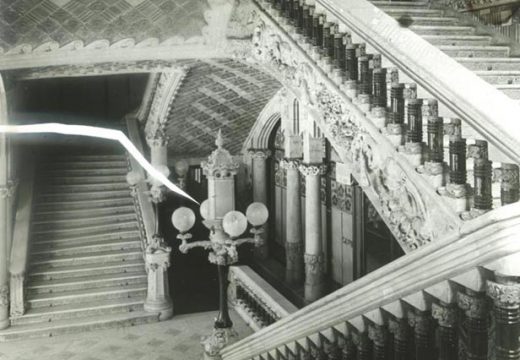 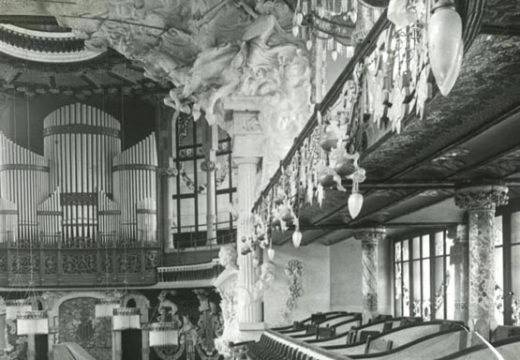 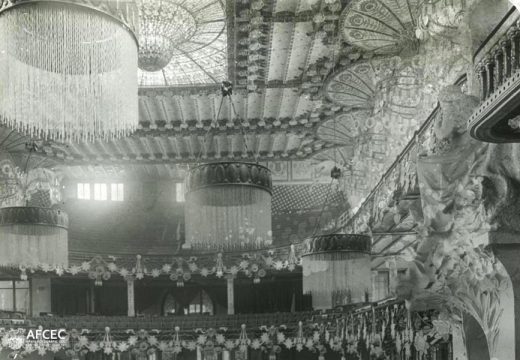 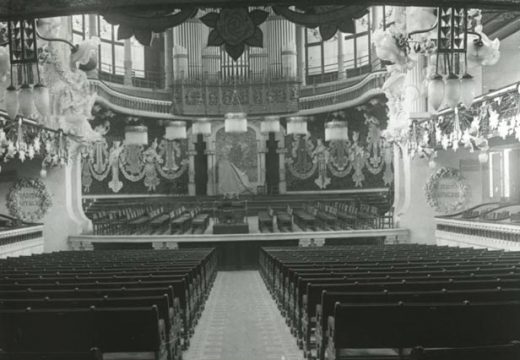 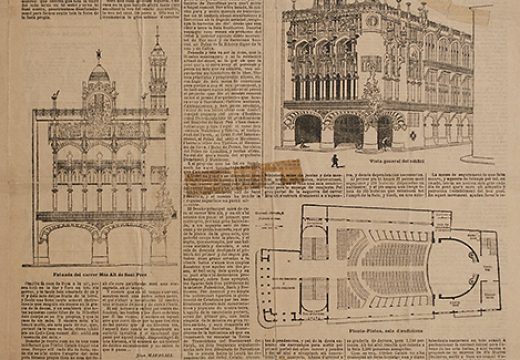 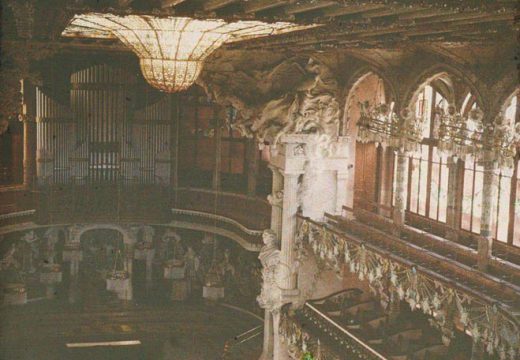 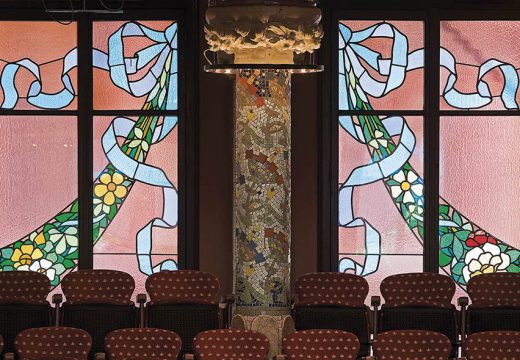 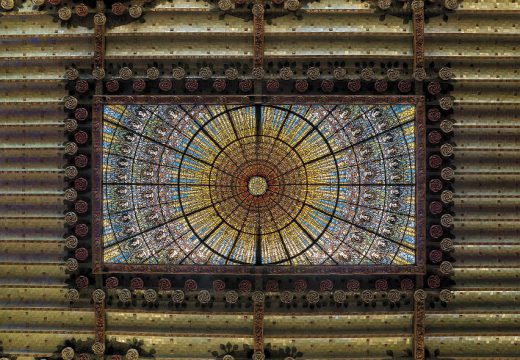 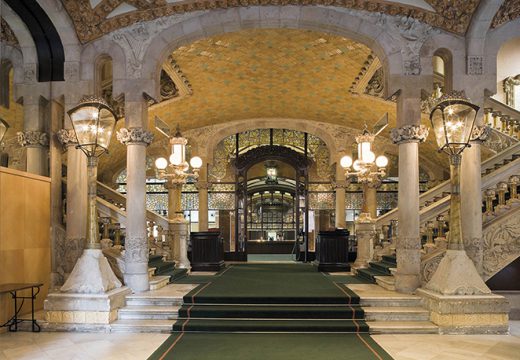 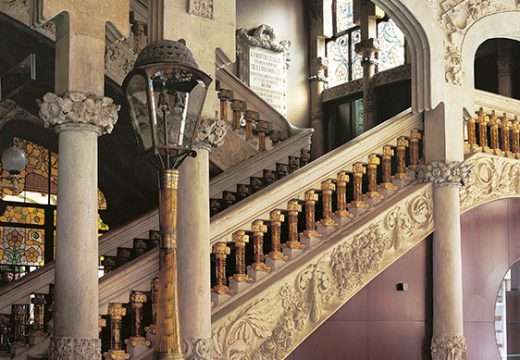 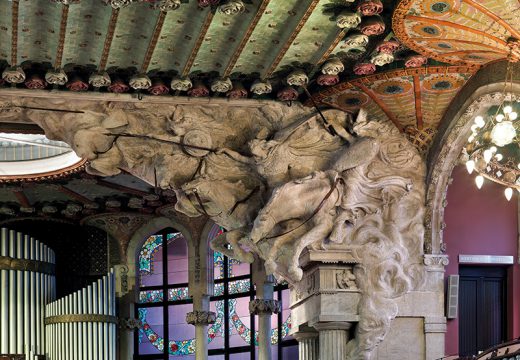 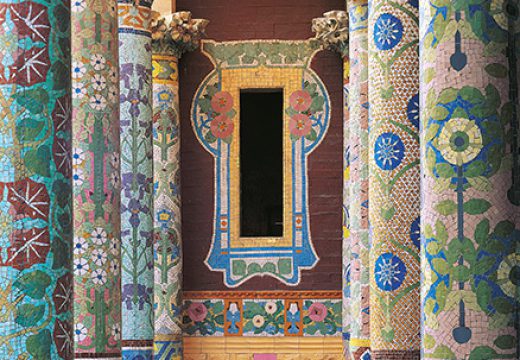