Joaquim Solà Morales was a rural house owner, a Catalan nationalist born into a family from Olot; his mother was the heir to the Solà de Batet de la Serra estate and married into the Morales family. The family residence was a Barque ancestral house built on the Firal d’Olot Avenue in the eighteenth century. In 1913, Joaquim Solà Morales commissioned the refurbishment of the ancestral home and the construction of an adjacent annex from Lluís Domènech i Montaner. The alterations consisted in completely remodelling the main and the rear façades, rearranging the staircase and providing new entrances to the noble floor.

Domènech i Montaner preserved a part of the building’s Baroque façade, keeping the original openings of the upper floors, but created a projecting tribune on the main floor supported by radial corbels, the latticework, an upper gallery consisting of twelve columns and the decorated ceramic eaves. He also completely renovated the ground floor, perforating the façade with a great central opening, marble balconies and columns with stone caryatides to bring light to the semi-basement, and conceived a new door, in imitation of the existing door, to which it was symmetrical. The tiles on the eaves were designed by Antoni Gallissà and made in the Pujol i Bausis factory, and the caryatides were by Eusebi Arnau. The main staircase connecting the first and second floors was lit from above through a large skylight. Inside the building, several interesting decorative details from the eighteenth and nineteenth centuries have survived.

Today the building remains in the same hands and is still used as a family home. 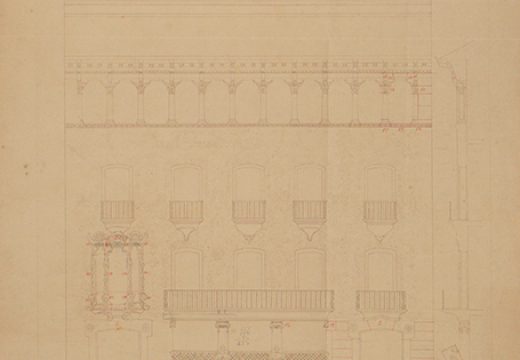 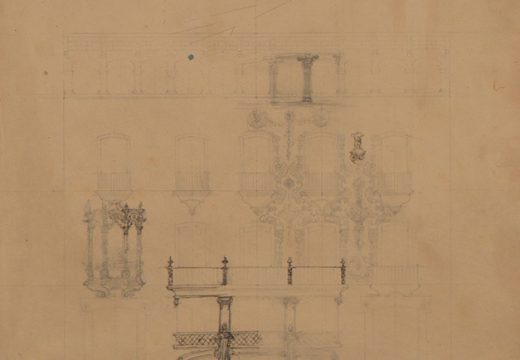 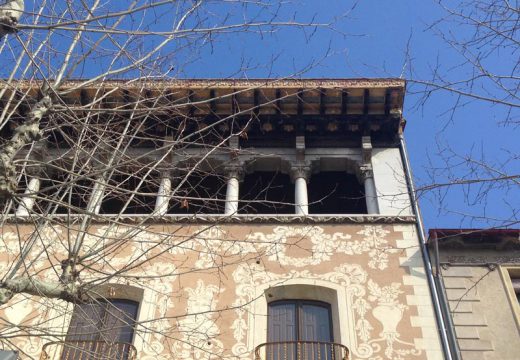 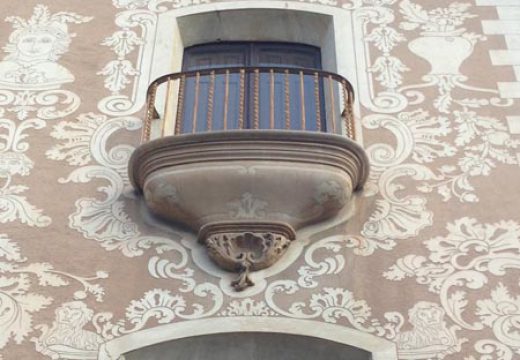 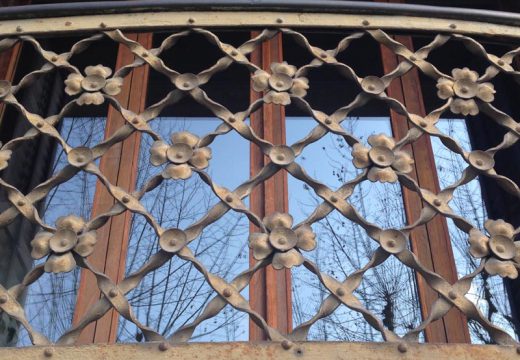 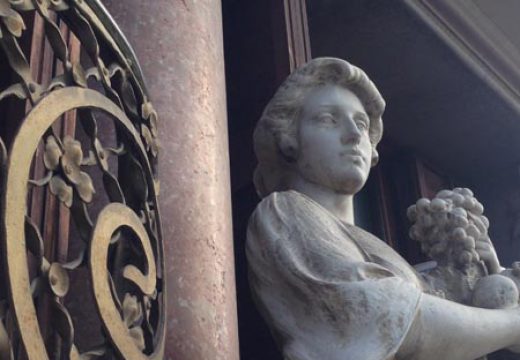 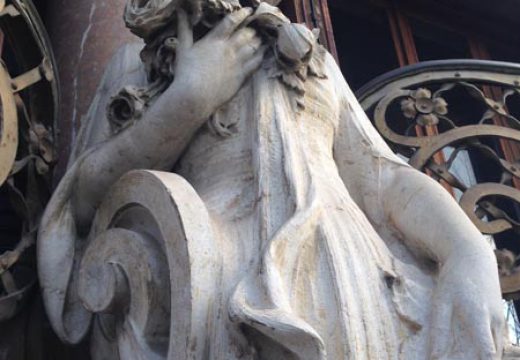 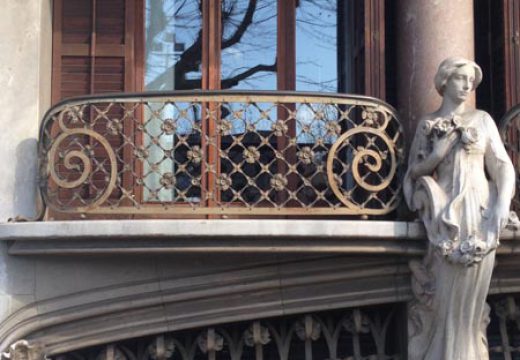