Refurbishment of the Town Hall

By the early nineteenth-century, the building that housed Barcelona Town Hall, of mediaeval origin, was in a deplorable state of conservation. Several refurbishment and extension projects carried out in1820 had improved it slightly, and in 1887 the Council organised a competition for transforming the building into a residence for the royal family on their visit to Barcelona during the Exposition Universelle of 1888. The competition was declared void and although Mayor Rius i Taulet asked Antoni Gaudí to produce a design and the latter actually presented some plans, the Governing Committee ended up commissioning the project from Lluís Domènech i Montaner, who managed to carry it out despite the pressing time frame. His design was not completed in its totality, and in many cases it was simplified in order to speed up the construction. The building work was finished in just over two months.

Domènech’s contributions referred to the construction and layout, on the one hand, and to the renovation and reinterpretation of the decoration and interior finishes, on the other. The refurbishment consisted in building a new monumental staircase to dignify the access to the first floor, and in rearranging the space between the courtyard and the Saló de Cent, or Great Hall. The mayor’s office and other municipal rooms were relocated as the spaces they occupied were assigned to the royal family. Domènech also renovated the former Gothic gallery that gave access to the hall, by knocking down all the partition walls that bricked up the arcades and restoring the geometry of the buttresses that had undergone many alterations and had produced serious structural harm. The mediaeval polychromy of the coffered ceilings was restored, taking as an example the remains that had been preserved; large windows were unblocked and new stained glass was put in place; the woodwork of banisters and furniture was refinished; the hall floor was resurfaced; the entrance door on Carrer Ciutat was changed; the royal chambers were upholstered and embellished; and skylights were installed to provide natural light, along with lamps for artificial electric lighting.

Domènech asked permission to complete the decorative work and the structural strengthening that had been left until after the royal visit, although both would remain unfinished. The numerous alterations made in these spaces over the years gradually led to the disappearance of part of Domènech’s work. 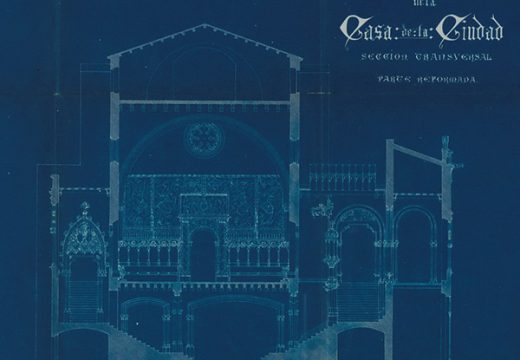 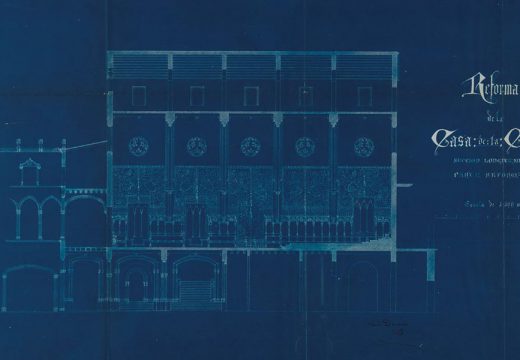 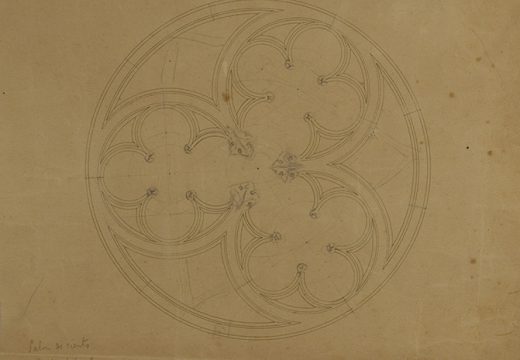 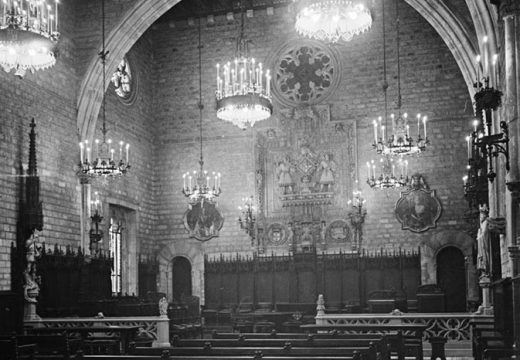 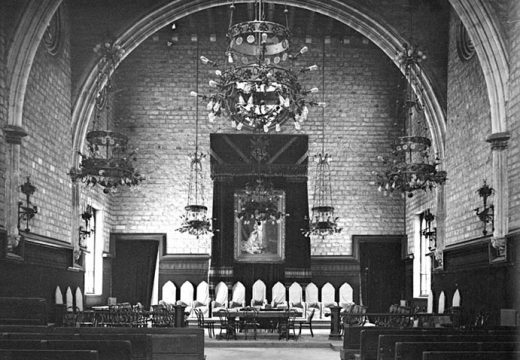 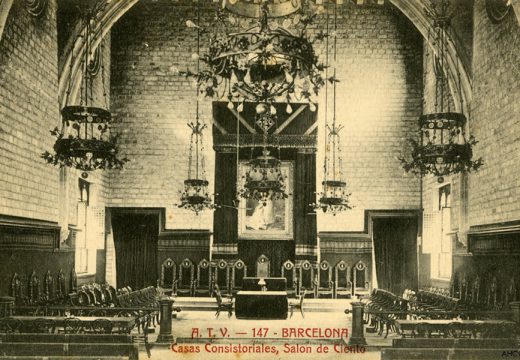 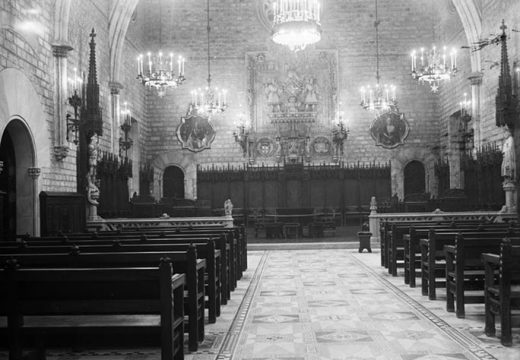 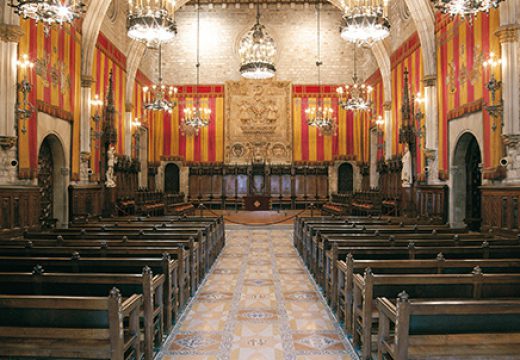