The former parish of Comillas had been abandoned in the sixteenth century as a result of a dispute between the town and the Duke of the Infantado, the first Marquis of Comillas. Parishioners swore never to enter the church again following an affront against an old lady who had been obliged to leave the seats reserved for the Dukes of the Infantado. Deprived of its function, over the years the building languished and gradually deteriorated. The cemetery was built around its ruins, and in the late nineteenth century had to be enlarged due to the demographic growth of the population. In 1893 the Marquis of Comillas commissioned from Lluís Domènech the renovation and extension of the cemetery, and the building work began shortly afterwards.

The cemetery is located on a hilltop, against the backdrop of the cliffs that give on to the Cantabrian Sea. Domènech’s proposal was very subtle, and preserved the remains of the primitive church as a landmark in the landscape, enhancing them with the large figure of an exterminating angel in white marble sculpted by Josep Llimona. Drawings of the elevation of the initial state of the cemetery and a watercolour sketch of the intention of the design, emphasising the debris of the former church and the sculptural figure, have survived. The new cemetery in its entirety was enclosed by a wall crowned with pinnacles and crosses that gradually adapted to the precipitous topography of the land. The stone sculptural elements were made of red stone from Carrejo. Domènech also introduced an imposing entrance with a stone arch and gable roof, closed by a triple-leaf door with an elaborate wrought-iron grille.

Today the enclosure is still a cemetery and Domènech’s work hasn’t suffered many changes. In the forties, after a cyclone affected the coast, the statue of the exterminating angel was restored, as was the wrought-iron grille, both of which are currently suffering further deterioration. The cemetery includes another of Domènech’s design, the Pantheon of the Piélago family. 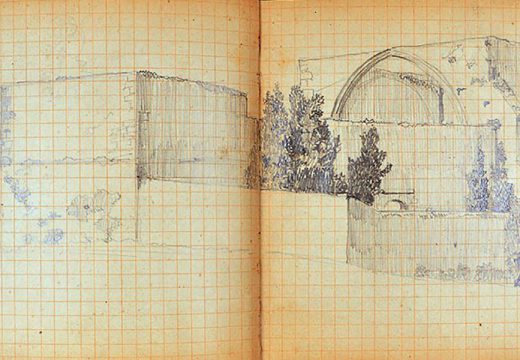 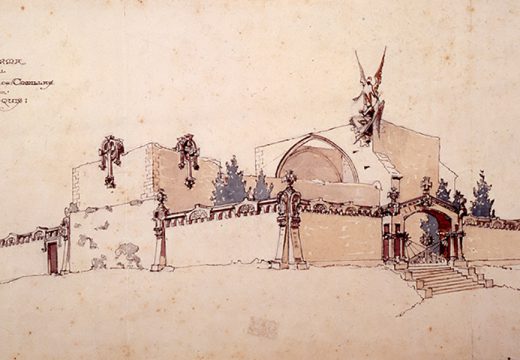 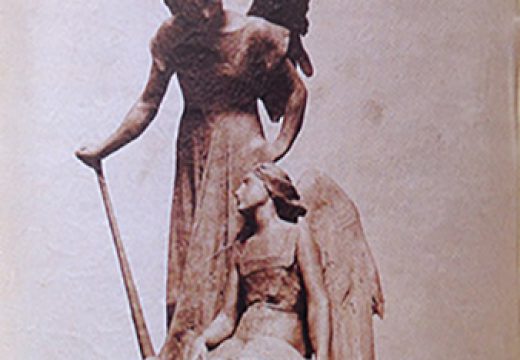 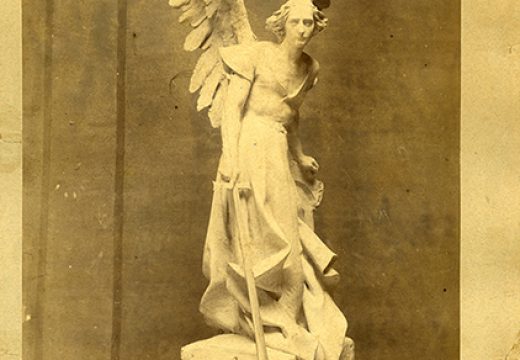 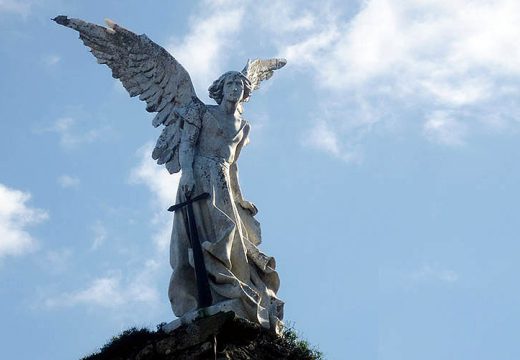 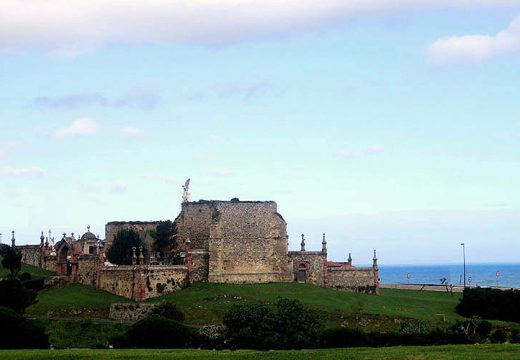 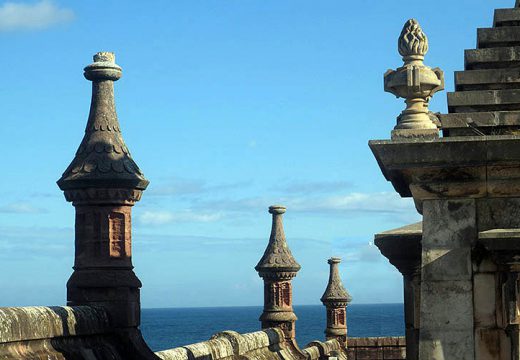