In 1902 the Lleó Morera family asked Lluís Domènech to renovate the former Rocamora House, built in 1864 on Passeig de Gràcia, which they had just inherited. The initial idea was to refurnish only the interior and change its decoration, but in the end the architect also worked on the exterior façade, and as a result the whole building was renovated.

The site was irregular in shape, as it occupied a corner plot and the façade was divided up into sides of different length. The architect disguised the asymmetry of he façade by monumentalising the corner with a gallery and circular balconies, crowning its vertical axis with a stone templet and a mosaic cupola. The ground floor had large arched windows and balconies divided by columns on the other floors, each one of which had a different ground plan. The ensemble was crowned by a cresting of highly ornamented stone pinnacles. The stone sculptures by Eusebi Arnau are outstanding. Located on several floors and characterised by numerous floral details and female figures, they also depicted technical inventions of the time such as electricity, photography, the phonograph and the telephone.

The interior decoration of the building – from the hall to the main dwelling area, but also the upper floors designed for letting purposes – was an impressive repertoire of applied arts in which Domènech counted on his regular collaborators, all first-class craftsmen such as Mario Maragliano and Lluís Bru on the mosaics, Antoni Serra i Fiter on the ceramics, Antoni Rigalt i Blanch on the stained-glass windows and Gaspar Homar i Josep Pey on the interior furniture. The Roman mosaic floors, the marquetry tiles, the ceramic dado rails, the numerous stained-glass windows, the upholstery, the bronze electric lamps, the sculptural stone reliefs, and extremely high quality carpentry and furniture are repeated throughout the interior decoration of the noble spaces (the furniture in the living room has been preserved in the Museu Nacional d’Art de Catalunya since 1967).

The building was completed in 1905 and obtained the First Prize for Architecture awarded by Barcelona City Council. Over the years, the building would be disfigured on several occasions. During the Spanish Civil War, in 1937 the crowning temple was damaged by a projectile and a renovation of the premises on the ground floor in 1943 (by architect Raimon Duran i Reynals) blocked the skylights and the fantastic jardinière sculptures by Eusebi Arnau. The property remained in the Lleó Morera family until 1943, when the building was sold to the Sociedad Mercantil Bilbao insurance company. In 1986 it passed into the hands of the Mutualidad General de Previsión Social de la Abogacía de Madrid, before being sold to the Planeta Group. Between 1987 and 1991 underwent several refurbishment works, and recovered the crown it had lost. In 2006 the building was bought by the Núñez i Navarro Group and between 2006 and 2008 was again partially refurbished. Today it is used as offices and is shown to tourists on guided visits. 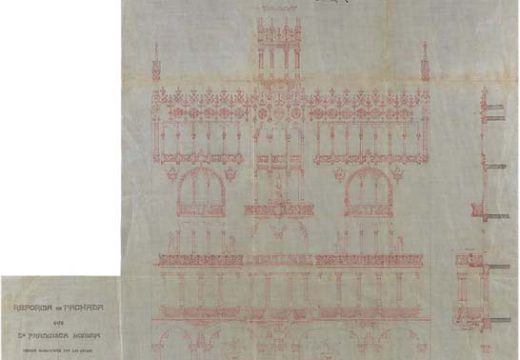 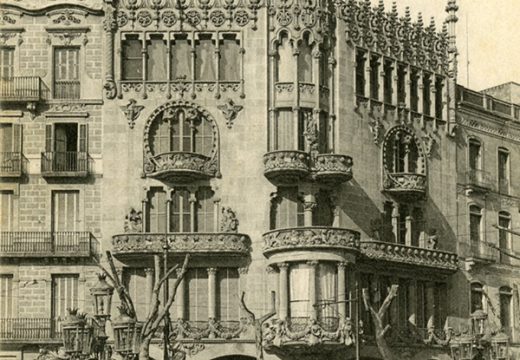 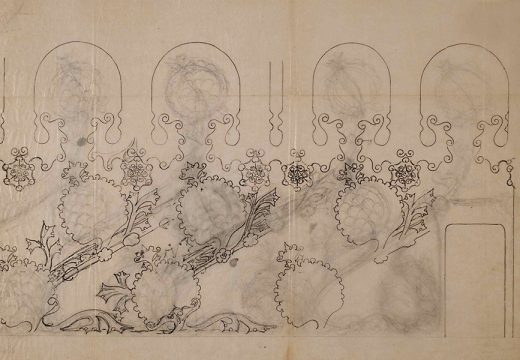 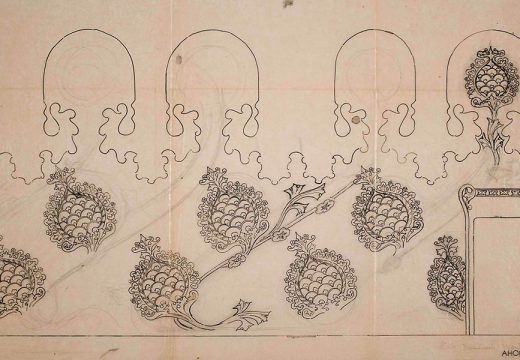 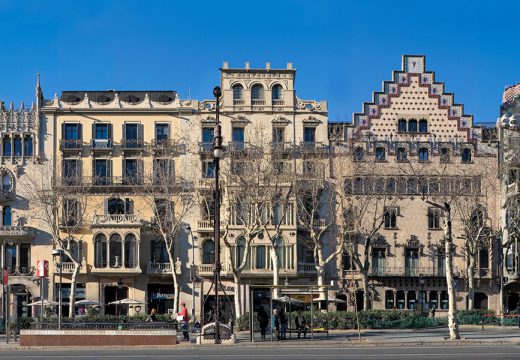 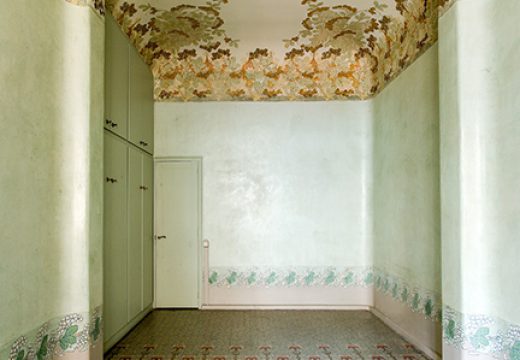 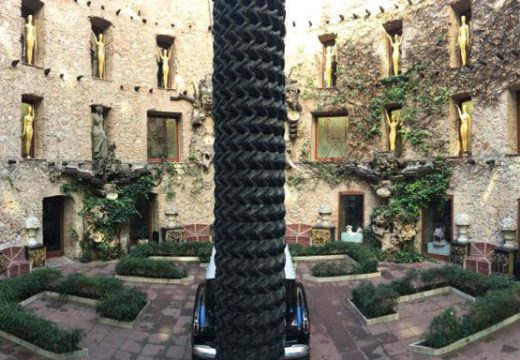 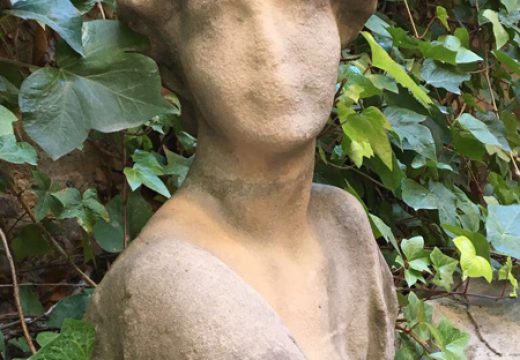 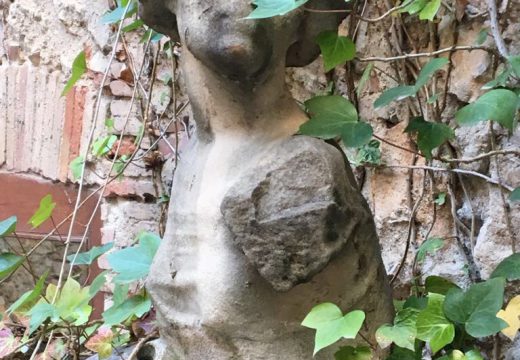