In order to ensure that the city counted on enough hotel rooms to cater for the Exposition Universelle of 1888, Barcelona City Council organised a competition to build a grand yet ephemeral hotel. The building contract was assigned to developer Ricard Valentí, and the winning design was by Domènech i Montaner. The Hotel International wasn’t characterised by important aesthetic innovations but the speed with which it was erected did arouse great admiration: the structure was finished in 53 days, and the whole building was completed in 83 days. Domènech conceived a serial construction to be able to meet the deadlines.

The rectangular ground plan, measuring 150 m by 35 m, had a central axis of symmetry and projecting bodies at both ends and in the middle. The long sections had five storeys, while the middle section and the towers had six. The building had a lift, entrances for pedestrians and motor cars, a café, a restaurant, a shirt shop, a glove shop, a tobacconists, a telegraph office, an honorary courtyard and large skylights that lit up the corridors. The hotel could accommodate 2000 guests, and had 600 rooms and 30 family apartments. An ingenious system was devised to construct on land as unstable as the embankment formed by the demolition of the ancient Sea Wall, where building on conventional foundations would have been a very slow and costly process. The system consisted in a grid of metal beams (that were in fact rented railway tracks that could be reused once the building was knocked down at the end of the exposition) that supported inverted brick vaults, creating a continuous foundation slab. All the walls were made of brick masonry, and the size of the spaces were adapted to the format of the bricks to minimise the ceramic cuts. In order to speed up the construction, work was continuous, 24 hours a day, organised in shifts and according to fields of specialisation. Electric light was used on the night shift, which caused great admiration at the time. Bonaventura Pollés i Vivó and Josep Forteza i Ubach, who had recently graduated, worked as assistant architects within such a modern labour structure.

The hotel featured stucco work that recreated drawings by Alexandre de Riquer, Joan Llimona and Dionís Baixeras, ornamental mouldings and decorative wallpaper. The Bassegoda firm provided the paint for the interior, and the decoration was carried out by the prestigious Saumell i Vilaró company. The decorative ensemble, which aspired to accomplish the difficult fusion of national and modern architecture, as upheld by Domènech i Montaner in his article ‘En busca d’una arqutiectura nacional’, had obvious mediaeval references, a few academic accents and an air of Art Nouveau.

Once the exposition was over, in spite of the request made by the developer for it to be preserved, the hotel was knocked down. 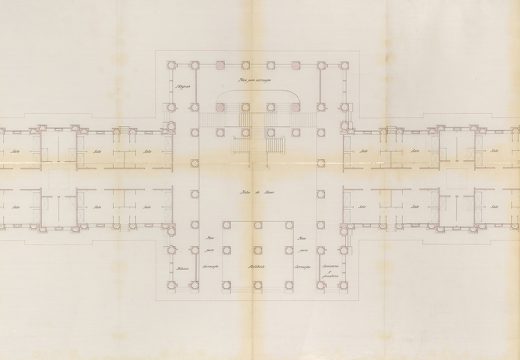 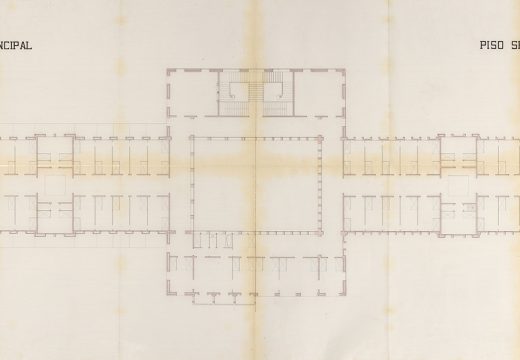 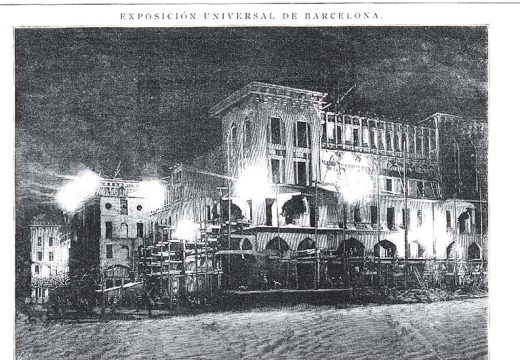 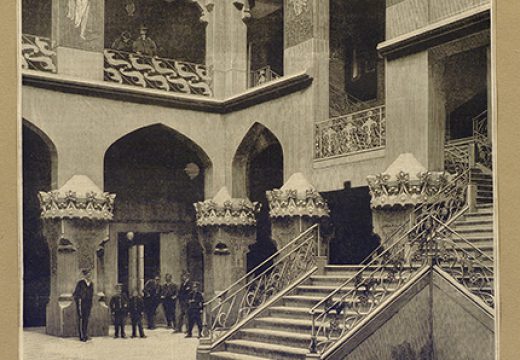 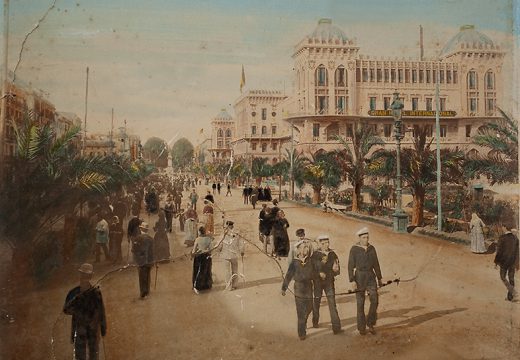